Breaking The Blogging Silence With A Few Pictures

So.  Blogging has been a challenge for me lately, which is a pity, since it's something I enjoy.

There are a couple reasons for this, I think.  For one thing, I'm taking two science classes in an eight week period of time.  These are the last of my prerequisites before going back to grad school in August.  On the one hand, this is pretty much an exercise in checking off boxes at this point.  I'm already in a graduate program, and there isn't much pressure to ace these classes.  On the other hand, since it's two of them in a compressed time frame, there are lots of little boxes to check off along the way.  This leaves me feeling pretty busy and like there's always some task I need to finish.

The other reason is that I've fallen into a transition mentality at this point.  I find transitions stressful--even ones that I think will ultimately be good ones--and it's hard to think of blogging material when I'm stressed out about what's coming next.  I'm starting school again--what will it be like to be a full-time student in my late thirties?  I'm leaving a job I care about--what if I regret doing that?  And how much notice should one give when you've actually been pretty sure for months that you would leave?  On top of that transition, we're looking down the barrel of a possible local move to make Scott's commute more manageable.  Local moves are not the end of the world, but any sort of move is expensive and disruptive.  Plus, we would need to find someplace to move to.

All of this is to say that my mind has been mush lately, but I still want to blog.  So in the interest of putting something in this space, I'll put in a few pictures that I like! 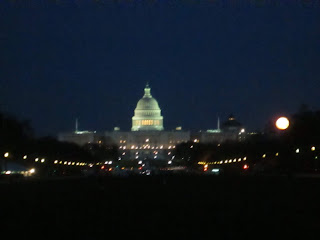 Heh heh.  I took this one back in April, but I like it enough that I'm adding it to the blog now. 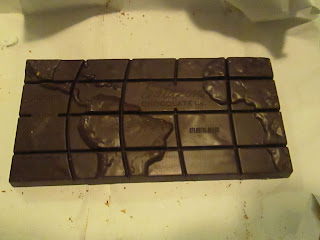 This was possibly the prettiest chocolate bar I had ever seen.  But, since it was chocolate, I ate it anyway. 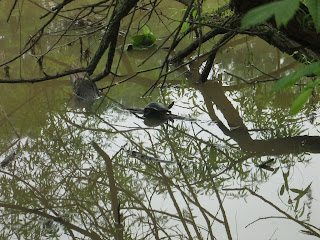 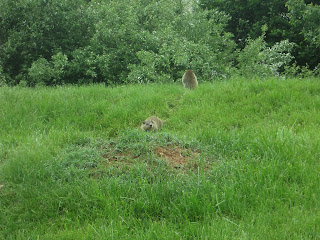 Groundhogs are pretty cool, too.  You can't really tell from this picture, but these were babies.  I had never seen such tiny ones before. 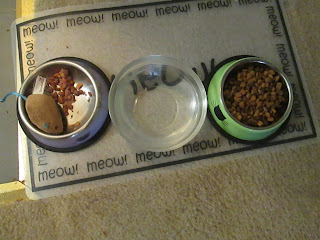 And for something that makes no sense at all...what sort of cat drops her toy mouse in her food bowl?!  This happened this morning, and I'm curious what will happen when she rediscovers it later.
Posted by Hannah at 9:22 AM 1 comment: