Do This, Don't Do That, Can't You Read The Sign?

Our apartment complex has an online forum where people can communicate with all the residents.  Usually people use this forum to try to sell things before moving out, but sometimes people use the forum to complain.  Over the past several months, there have been a number of complaints about people smoking marijuana, ranging from people being upset about the stench to actual respiratory problems that are exacerbated by smoke of any kind.  We've been fortunate that none of our immediate neighbors seem to be marijuana smokers, but I do believe this is a problem since I've smelled marijuana in the courtyard.

Anyway, our complex's management--ever cognizant of their role in making the community a pleasant place to live--took immediate action!  Clearly, this sign was what the U.S. war on drugs has been missing all these decades: 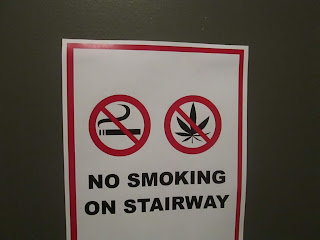 Honestly, this sign made me laugh when I first saw it.  Throughout all the years--and all the permutations of marijuana laws in different locations--I have never actually seen a marijuana leaf crossed out on a sign.  Also, I would have thought that the "no smoking" and the crossed out cigarette would by default imply that one is also not allowed to smoke joints.  Or are they also trying to prevent people from eating marijuana brownies in the stairwell for fear of the crumbs fueling an army of well-fed, high mice?

It occurred to me that I don't envy the leasing agents who are taking people on tours of this building while these signs are decorating every door to the stairs.  I'm not sure I would have rushed to sign a lease if these signs had been up when I toured here four years ago.  At least in theory, though, I suppose that fewer no tenants might mean fewer pot smokers to pursue, and maybe that's the extent of their strategy.
Posted by Hannah at 8:41 AM No comments:

Email ThisBlogThis!Share to TwitterShare to FacebookShare to Pinterest
Labels: oddities, US living

I'm several weeks delayed in actually posting these, but here are my pictures from Georgetown Glow!  Georgetown Glow is a free outdoor light art exhibit in Georgetown, and this year was its sixth year (and our second year going to see it).  It's a great excuse to take a walk outside and see something fun, and since it takes place around winter break, it's a good opportunity to enjoy Georgetown when it's not super crowded. 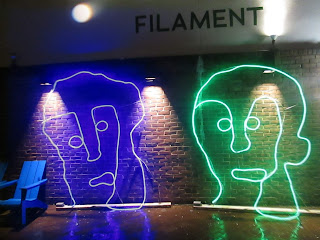 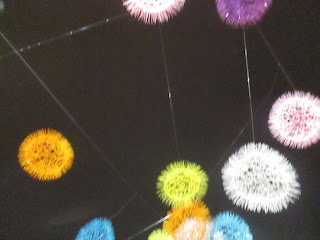 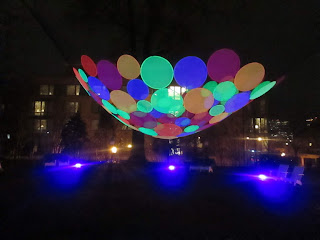 Posted by Hannah at 7:08 AM No comments: